Chopin and the Pleyel sound

Art and music in Romantic Paris 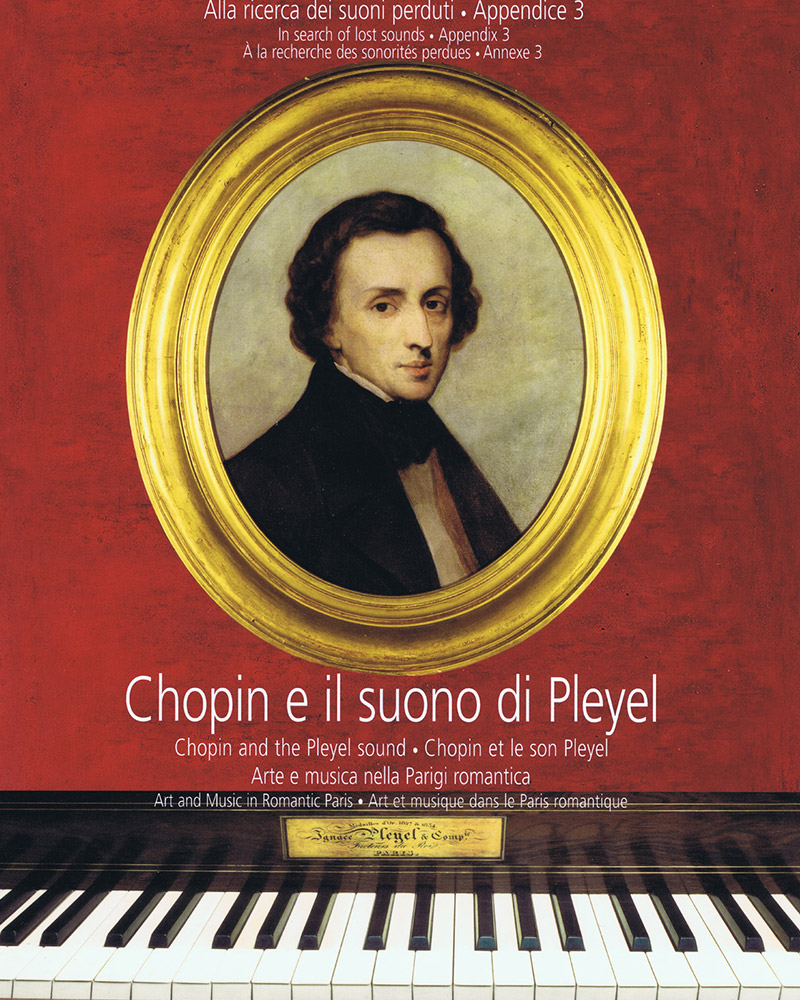 Art and music in Romantic Paris

The volume Chopin and the Pleyel sound was published on the occasion of the bicentenary of composer’s birth. The book was edited by Florence Gétreau, Director of the Institut de Recherche sur le Patrimoine Musical en France in 2010. This is the third appendix to the catalogue In search of lost sounds. It contains two essays on Chopin life by Jean-Jacques Eigeldinger and Marie-Paule Rambeau, together with the Brzowski diary, printed in Italian, English and French for the first time, as previously it was available only in Polish. Brzowski was a musician close friend of Chopin and in his diary he fully described his journey and meetings in Paris. A new portrait of Chopin, an incomparable artist who dominated the Parisian world, fully emerges from the volume. In the book there are the sheets of 4 of Pleyel instruments together with an essay on Pleyel by Christopher Clarke. Sheets are edited by John Henry van der Meer, Grant O’Brien and Giovanni Paolo Di Stefano. The book comes with a CD with tracks of solo pieces and chamber music, documenting the transformation of Pleyel sound, Chopin preferred instrument.