Liszt and the Érard sound

Art and music in Parisian Romanticism 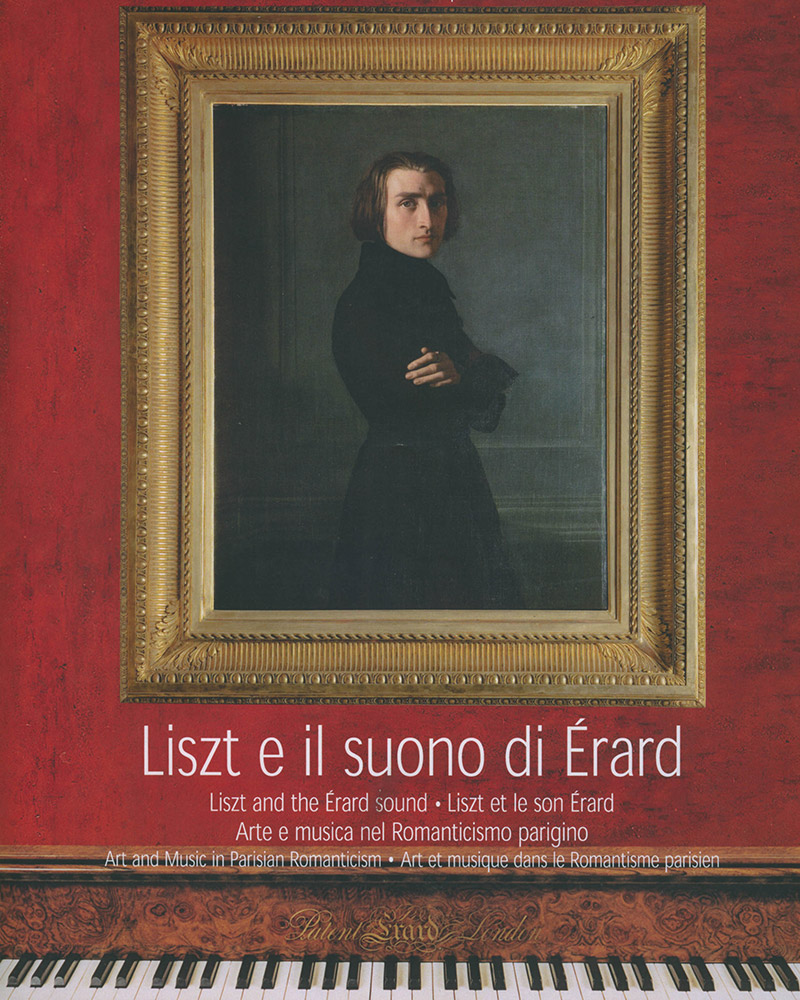 Liszt and the Érard sound has been rewarded in Paris by the Prix du Beau Livre, one of the prize of the Prix des Muses. The book has been published on the occasion of the bicentenary of the composer’s birth. The work is edited by Nicolas Dufetel, artistic and historical director of the Année Liszt 2011 in France. Dufetel describes the magical moment of Liszt’s Parisian debut. This is the fourth appendix to the catalogue In search of lost sounds and contains notes on Liszt’s Parisian period, when his relationship with the Érard family, piano manufacturers, began and developed for more than fifty years of the musician life. French writers and Italian authors alternate describing Liszt’s journey in Italy where he found musical inspiration. The book also underlines the relationship with Chopin and the memorable comparison by Jean-Jacques Eigeldinger about a piece written by both composers. Presenting a new image of Liszt, the young genius who, at the apex of his fame was part of the Universal Exposition Jury in 1878, as Malou Haine writes in his essay. The pages of Marie-Paule Rambeau tell the day to day life of Liszt in Paris. The pages of Cécile Reynaud, Hervé Audéon and Laure Schnapper suggest the world that surround the Érard family and their well-known concert halls. Anna Pasetti writes an essay on importance of the harp in Liszt composing. Andrea Malvano e Franco Lorenzo Arruga frame the Érard family and Liszt life during the composer Italian period. The volume finishes with the describing sheets of pianos and harps manufactured by the Érards , for a total of seven instruments. The sheet are written by Dagmar Droysen-Reber, Anna Pasetti, John Henry van der Meer and Giovanni Paolo Di Stefano. The publication includes 2 CD’s with tracks that show the change of the Érard sound in Liszt compositions, from the first to the last ones, both in chamber and soloist performances.