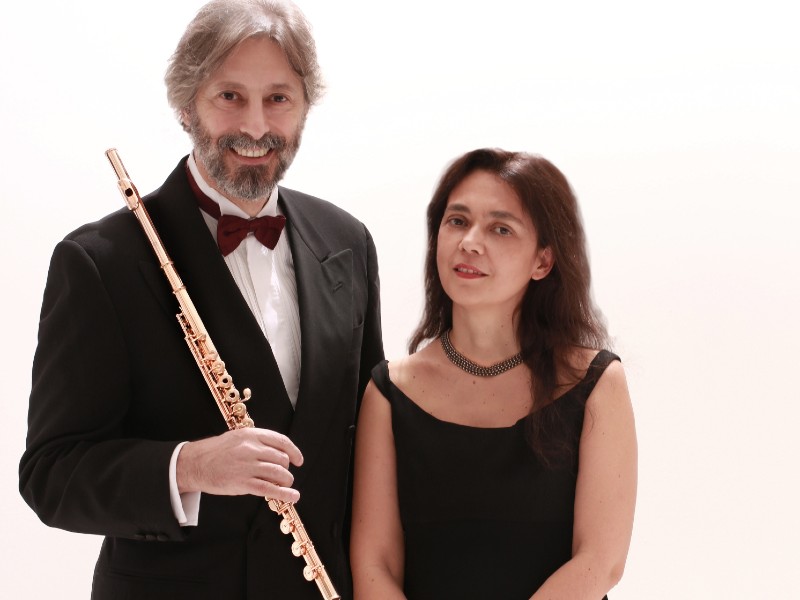 This flute course is aimed for students of all ages and levels, from beginners to high specialization. There will be an accompanist pianist available for all students for individual lessons. Chamber music course is open to all groups already formed. Upon request individual piano lessons are available.

PAOLA GIRARDI
The Milanese pianist, Paola Girardi, studied at the “Civica Scuola di Musica” in Milan with Lucia Romanini Marzorati, graduating with honors, in 1978, from the “G. Verdi” Conservatory in Milan at the young age of 17. She won numerous competitions for young artists, among which: The National Young Pianist Competition in Bari and the International Competition in Senigallia. She then completed postgraduate studies with Maria Tipo and Konstantin Bogino, and also studied with Paul Badura-Skoda attending the “O. Respighi” Academy in Assisi and the Chigiana Academy in Siena, where she received a diploma with honors. Pursuing her interest in chamber music, Ms. Girardi has studied with the Tchaikowsky Trio, the Quartetto Academica, the Fine Arts Quartet and the Trio of Trieste. During her career, she has collaborated with renowned musicians such as Maxence Larrieu and Ilya Grubert, of which she has also been pianist for their postgraduate courses in Italy and abroad. Ms. Girardi has also been official pianist, together with Phillip Moll, for James Galway’s International Summer courses held in Weggis (Switzerland) and Dublin from 1990 to 2008. She plays regularly with Raffaele Trevisani, giving concerts in Europe, USA and Japan. She is also her partner in several CDs recorded for Delos International. She’s piano teacher at the “International Academy of Music” of the Foundation of the Civic School of Milan.