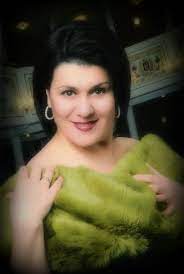 Since 2016 she has been responsible for the singing courses of the Accademia della Scala.
Luciana D’Intino, mezzo-soprano, debuts in the role of Azucena (Il Trovatore) after winning the international competition “Adriano Belli” in Spoleto. From this moment on, she became one of the best and most appreciated mezzo-soprano voices of our times.

Among her recent successes are the performances of Don Carlo at the Opernhaus in Zurich, the Wiener Staatsoper and the Opéra National de Paris; Verdi’s Requiem at the Regio of Parma, Comunale of Bologna, the Chorégies d’Orange, the Musikverein in Vienna with Riccardo Muti and at the Philarmonie in Berlin with Daniel Barenboim; Aida at the Metropolitan in New York, the Teatro alla Scala and the Wiener Staatsoper; Boris Godunov and Il trovatore at the Opernhaus in Zurich; Il trovatore at the Liceu in Barcelona; Aida at the Bayerische Staatsoper in Munich and the Teatro del Maggio Musicale Fiorentino; Cavalleria rusticana at the Teatro alla Scala and the Liceu in Barcelona.

In 2011 her long-awaited debut as Aunt Princess in Sister Angelica at the Opéra National de Paris was greeted with enthusiasm from the public and critics. She inaugurated the 2013/14 season with her return to the stage of the Opéra National de Paris as Amneris in Aida, followed by Adriana Lecouvreur in Bilbao, again in Paris she played Adriana Lecouvreur, Il Trovatore and La Gioconda at the Opéra National, in Vienna she was applauded as Amneris (Aida), while in Palermo she was Santuzza in Cavalleria Rusticana and in Rome she played Verdi’s Requiem; Il Trovatore (Azucena) in Paris. Her most recent engagements include: Sister Angelica (aunt princess) in Naples; Carmen and Aida at the Arena of Verona and Adriana Lecouvreur in Naples. 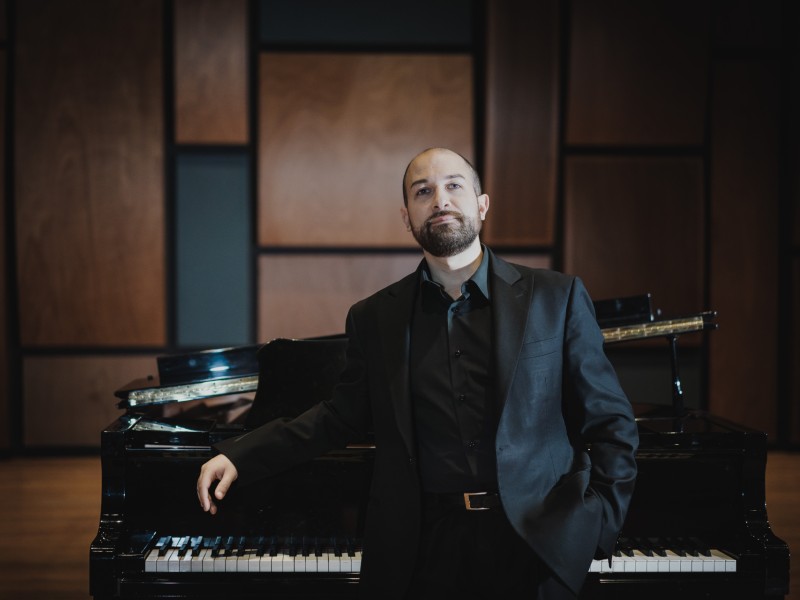 Son of art and initiated by his father to study music from a very young age, Michele performed for the first time in public at the age of only six, both on the cello and on the piano. Graduated with honors and honors in Piano at the “Tito Schipa” Conservatory of Lecce and in Chamber Vocal Music at the “Giuseppe Verdi” Conservatory of Milan. Michele perfected himself at the Experimental Opera Theater of Spoleto and at the Accademia Teatro alla Scala di Milano, where he is still one of the main collaborators on the piano for artistic and didactic activity. He also carries out teaching activities at the Academy of the Maggio Musicale Fiorentino and the Lunenburg Academy of Arts and Performance in Canada and has held highly advanced master classes at Palazzo Pesce in Mola in Bari, Académie des Heures Romantiques and in the Conservatories of Monopoli and Lecce. As a co-repetitor Maestro he collaborates with several lyrical organizations and international festivals all around the world .He performs regularly with prestigious soloists such as Juan Diego Florez, Pretty Yende, Veronica Simeoni, Jessica Pratt, Carmela Remigio, Maxim Mironov, Maria Agresta and others in important contexts, including Teatro alla Scala in Milan, Baden Baden Festspiele , Verbier Festival, Peralada Festival, Zurich Opernhaus , Oper Frankfurt, Smetana Hall in Prague and Barbican Center in London , Palladium Theatre in Rome , Palazzetto Bru Zane in Venice, Lauro Rossi Theatre in Macerata and La Fenice Theater in Venice , Camerata Titano in San Marino, Italian Institute of Culture in Paris, Palacio Foz of Lisbon, “Bonci” Theatre of Cesena and “Del Monaco” Theatre of Treviso, Stanislavski Theatre of Moscow,  Opera of Avignon, AXA Auditorium in Barcelona, Italian Institute of Culture and Yamaha Hall in Tokyo, , Dvoràk Theatre in Ostrava (Czech Republic), and again in Athens, Novi Sad (Serbia), Maison Cartier in Saint-Moritz, in Milan in the main cultural places.

Requested trainer of opera singers, he is engaged in masterclasses of mythical figures turned into teachers such as Renato Bruson, Mirella Freni, Luciana Serra, Luis Alva, Raina Kabaivanska, Luciana D’Intino, Katia Ricciarelli, Alberto Zedda, and Eva Mei. He has made several recordings, among which we mention “Voix d’Espoir” in duo with the mezzo-soprano Veronica Simeoni and the first recording in modern times of “Le Cinesi” by Manuel Garcia, both distributed by the Maggio Live label.